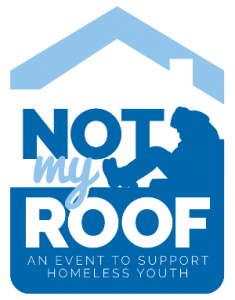 Much like communities throughout the state of Georgia, Glynn County and surrounding communities are struggling with high levels of poverty and homelessness, especially among children and youth.  In fact, it is estimated that 40% of our homeless population is under the age of 18.  They are our community’s invisible homeless population, unsheltered — sleeping outdoors, in parks, on the street, in vehicles, abandoned buildings, under bridges, and other places not meant for human habitation. The longer young individuals remain homeless, the greater the risk that they will be trapped on the streets where they are vulnerable to victims of crime, hunger, illness, mental health issues and dying prematurely.

While the numbers are shocking, it’s even more disturbing to learn over 50% of young people report that their parents actually told them to leave, or at least knew they were leaving and didn’t care.

The main cause of teen homelessness is physical, sexual, and/or emotional abuse from parents or guardians. Here’s a closer look at the numbers:

Adolescents aging out of foster care are also at extreme risk of homelessness with around 50% becoming homeless within 6 months of leaving. This is largely due to a lack of education, social and financial support. They are often ill-prepared to live independently.

The numbers paint a sad story. Homelessness is taking a heavy toll of America’s youth who are at a much higher risk of physical abuse, sexual exploitation, substance abuse, mental health issues, and death. In America today, over 20,000 kids are forced into prostitution every year, and 5,000 unaccompanied youth die as a result of assault, illness, or suicide.

So, what do we really know about the causes of youth homelessness? Actually, we know quite a lot.  The main causes include:

Physical, Sexual and Emotional Abuse – Most homeless youth come from homes characterized by high levels of physical, sexual and / or emotional abuse and neglect, compared to youth with homes estimate that street youth are five times more likely to report being victims of sexual abuse as children. For young people who have experienced such abuse, there is an increased likelihood of negative developmental outcomes including low self-esteem, an impaired ability to form affective and trusting relationships with adults, higher rates of depression and suicide attempts, running away or being kicked out of the home.

Poverty – Many young people who become homeless come from families living in poverty. This doesn’t necessarily mean that the families are not caring and supportive. However, we do know that living in poverty can have an impact on educational and health outcomes and on one’s ability to get a job. In addition, as teenagers get older, it may be more difficult for families to continue to support them financially. Many young people become homeless not because they are chased from home, but because their poverty means they can no longer stay there. Young people then look to live with friends, or go to new places to seek new economic opportunities. However, if the jobs are not there, they may become homeless.

Discrimination – When young people experience racial discrimination, this limits their access to employment, their educational success, and their ability to access the services they need. All of these factors can lead to extreme poverty, and when combined with other challenges (in the home, with the legal system), can lead to homelessness.

Research consistently shows that between 20-30 percent of homeless youth are lesbian, gay, bisexual or transgendered. Many young people who are LGBTQ experience discrimination in their homes, neighborhoods, at school, and in their communities. This discrimination, which is often coupled with violence, may make staying at home intolerable, and hence, many young people in this situation hit the streets.

One in 10 young adults ages 18-25, and at least one in 30 adolescents ages 13-17, experience some form of homelessness unaccompanied by a parent or guardian over the course of a year.