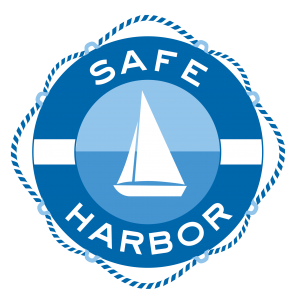 Safe Harbor Children’s Center announced today that Gallagher Marine Systems and members of the Golden Ray Response Team charged with removing the capsized Golden Ray from the St. Simons Sound are partnering together to raise awareness and urgently needed funds to support children and youth who have been abused, abandoned or neglected, and those experiencing homelessness.

“Child abuse, in all its forms, is far more prevalent than most people realize. Aptly dubbed a silent epidemic, child abuse is likely the most prevalent health problem children face with the most serious array of consequences,” said Chris Graff, Director of Response Services for Gallagher Marine Systems and Incident Commander in the Unified Command. “Gallagher Marine Systems is grateful for the partnership and universal support of response contractors and individuals to collectively raise awareness and significant dollars to address these critical issues.”

“The statistics are staggering. One in ten children will be the victim of abuse or neglect before the age of 18. Of those, three in ten are under the age of eleven.” said Keith Fenton, Director of Development for Safe Harbor Children’s Center. “Imagine, every day of the school year, nearly 2,900 school-aged children in Glynn County and surrounding school districts walk into a classroom weighted down by their backpack full of books and the trauma of their own abuse. Yet, all too often, it is a topic few want to discuss or even acknowledge.”

“This special effort holds the promise to change lives”. said Leslie Hartman, Executive Director of Safe Harbor. “Safe Harbor is tremendously grateful to Gallagher Marine Systems and the teams of the Golden Ray response for their investment in the health of our community and of our work and commitment to helping children and families in need.”

“We are encouraging all members of our incident response as well as members of the public to join us in supporting the important work of Safe Harbor Children’s Center. Each dollar donated gets us one step closer to breaking the cycle of abuse and neglect among our community’s most vulnerable. Let’s see how much help we can generate for those in need,” added Graff.

To support this community-wide fundraising effort visit https://www.justgiving.com/campaign/GMSforChildren or call 912-267-6000.

By Keith Fenton|2020-11-17T14:14:08-05:00November 8, 2020|Uncategorized|Comments Off on Gallagher Marine Systems and Members of the Golden Ray Response Team Take Aim at Silent Epidemic of Child Abuse

About the Author: Keith Fenton

Keith Fenton serves as the Director of Development for Safe Harbor Center.